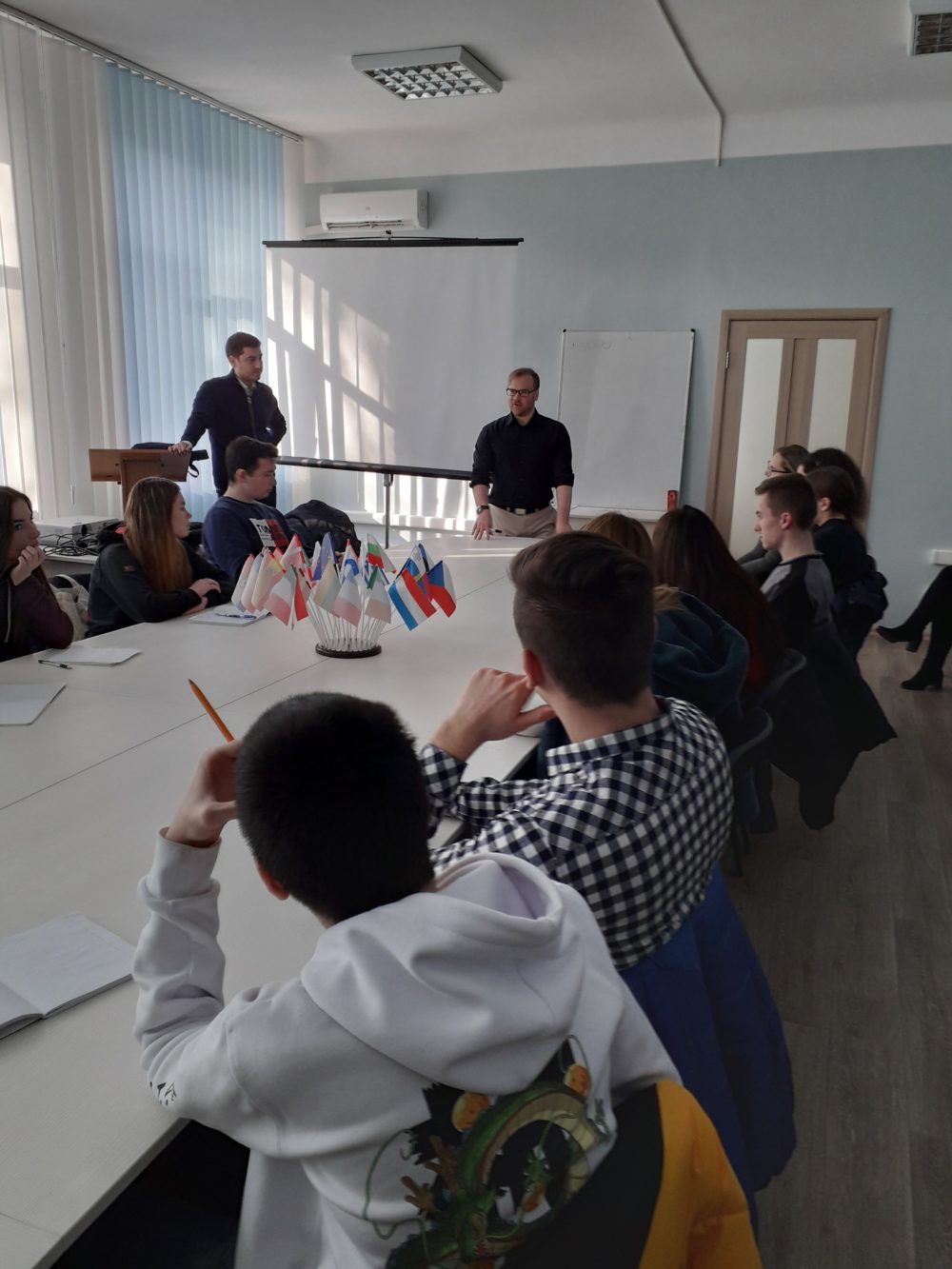 On February 17, 2020, at the Foreign Languages Department ​​of the FIR of NAU, on the initiative of Nataliia Goncharenko-Zakresvka together with Nataliia Vasylyshyna, a meeting between the students of the faculty and the representatives of “EMPIRE GROUP” was held. To clarify, the “EMPIRE GROUP” is specializing in higher education and programs abroad as well as providing assistance in entering universities around the globe.

In addition, the event was chaired by ERIC BUCHMAN (USA) in English focusing on the topic “Education Abroad. US Higher  Education.” During the English-language training, students and teachers joined the discussion.

In order to establish further cooperation, the representatives of «EMPIRE GROUP» were formally invited to participate in the VI-th International scientific-practical conference “Modern Trends of Foreign Language Training of Future Specialists of Non-Native Specialties in the Multicultural Space” of the Foreign Languages Department.